a field student of cheese forages

'Field Study’s Man in E17' has been lost in the translation of poetry into painting, and vice versa. It was a stuffy experience albeit a labour of computer administrative love with well intentioned misunderstanding. The digital toils were alleviated in part by despatches from Technomist, over in the Archipelago of Truth. They arrived like wafts of spring blogged air, in particular the post, Elders in Flower.
Technomist expounds the potential complexities of elderflower as a foraged ingredient for elderflower wine. Elder (Sambucus nigra) has a great deal to offer the forager. Richard Mabey’s, Food for Free, offers 2 pages and more on Elder (1989 paperback edition). He writes, the flowers can be ‘munched’ raw off the branch, used in infusions and as an ingredient for sparkling wines/’champagne’. For the forager with an appetite for more solid fair, the flowers can flavour preserves (often with gooseberries) and, more solid still, be rustled up into fritters. Elder berries can supplement the content of fruit pies, as well as be stewed, strained (and left for 7 years) to make Pontack Sauces. Others might also extol the virtues of the berry for wine.
Field Study’s Man in E17 has a predilection for the flavour of elderflower. He believes he was enticed into the Paekakariki Press launch of, London Rivers, by the fragrance of non alcoholic elderflower champagne. 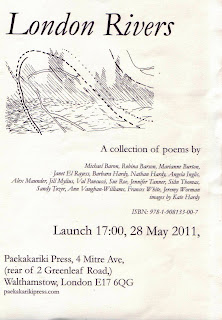 Thus he imbibed and briefly celebrated the Elder scented confluence of the assembled poems (in exacting typeset) complemented by Kate Hardy’s images, before wending his way home to the promise of the culinary delights of allotment grown salads.
Making his way along the bounteous paths of Walthamstow, his hunger was such he was compelled to munch all manner of flora directly from overhanging branches. By the time of the threshold to his humble billet, Field Study’s Man in E17 was in an odd state, perfumed by strange feelings emanating from his belly. He veered away from his door, fearing the homely confinement of the emanations, and made for the open space of Walthamstow’s watery margins. The student walked down the high street, reflecting on his altered inner state, seeking a suitably liminal space to match his liminal state.
Field Study’s Man in E17 recalled the humament-like pages of a social anthropology student’s course book, a bound and photocopied tome, which he had rescued from a skip outside that anthropology student’s hall of residence near Finchley in 2007. This rescue related to the field student’s research into being ‘a beginning teacher.’ 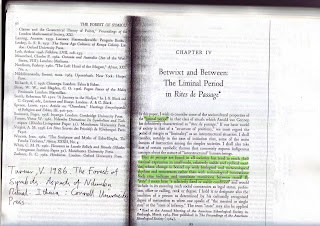 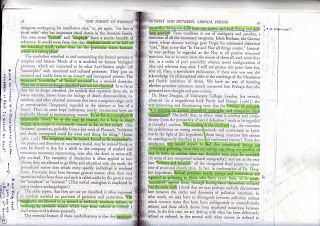 One poetic insight is
The unclear is the unclean
one would expect to find that transitional beings are particularly polluting, since they are neither one thing nor another, or may be both, or neither here nor there; or may even be nowhere
betwixt and between

Technomist has recently discovered an island in the Archipelago of Truth, which comes and/or goes by the name of The Marshman Chronicles. Back in April its’ resident marshman pretended to pretend of the partaking of a liminal cheese sandwich at, The Table on the Marsh, on Coppermill Fields. Such pretence is a fine example of a psychogeographic double bluff. Freewheeler of Crap Walking and Cycling in Waltham Forest has boldly documented the discombobulating frontiers of the LBWF. Their dissonant properties may warp our sense of reality and one wonders about the effects of Coppermill Fields (where the chronicled table resides) on the marshman.
In October 2010, Technomist entered into a ‘bloggic’ confabulation regarding his encounter with the launch of The Table on the Marsh. Some readers considered his reception of the table and event to be a tad dismissive. Field Study’s Man in E17 thought Technomist and The Marshman might be interested in the following material retrieved from the annals of Lost and Found in E17. It concerns the concept of liminality applied to being and/or becoming a forager;


October 17th 2010 at The Table on the Marsh, Coppermill Fields. 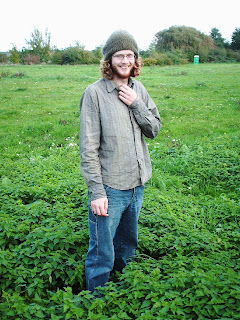 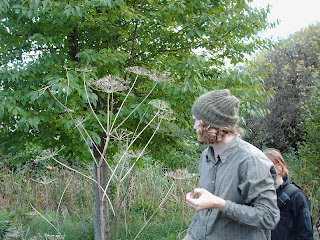 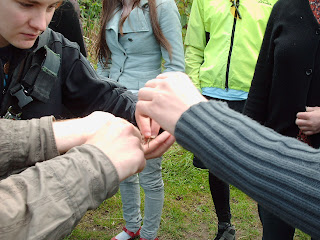 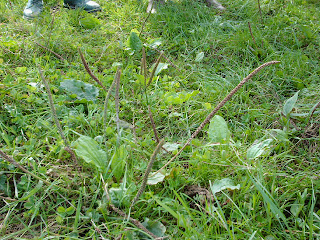 What was this? (October 2010, Walthamstow Marshes)

We met Jason (or was it Miles?) Irving, who was to be our guide to the edible flora of Walthamstow Marshes. He appeared to grow out of a patch of nettles and proceeded to lead us to plants for which I made some field notes and took photographs. We were mostly unknowing beginning foragers, neophytes to this ancient survival craft. The marsh is a potentially dangerous place to forage as there are poisonous plants and even some dangerous to touch with bare hands/skin and expose that contact to sunlight. What e.g. is the foraging value of hogweed and the knowledge and precautions necessary for it? 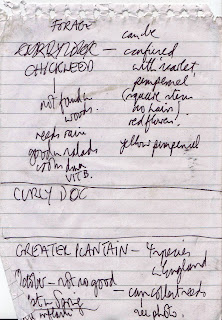 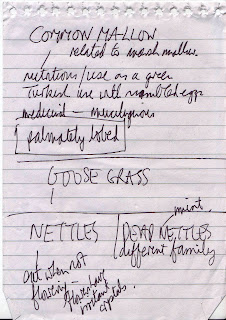 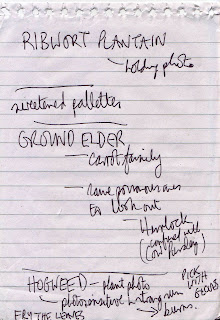 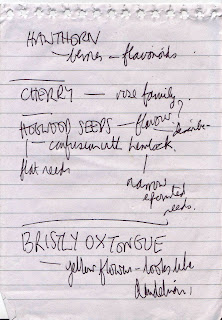 From grazing on and nibbling at a variety of leaves and seeds we found out there is an array of subtle marsh flavours to be enjoyed although to do so with any confidence would require a much longer course of guidance and instruction, one encompassing all the seasons and the life cycles of those plants.
We accompanied our guide back to the table bearing a bag of assorted leaves to add to the communal feast at the table - perhaps a situation where there was some ‘communitas’ at play.
Perhaps the event constituted a zone of liminality, with cheese of various sorts and a lot of other tasty ingredients generously shared. 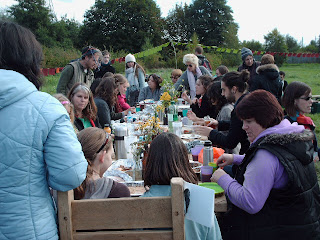 Back to May 2011.
Field Study’s Man in E17 walked in the twilit margins before the intense arrival of the unnerving marsh dark, wisely leaving appetizing leaves for the better judgement of broad daylight and a settled digestion - the aforementioned upset of which he is sure had nothing to do with partaking of the delicious elder flower champagne.
Lost and Found in E17 looks forward to more from The Marshman Chronicles, and nods respectfully to Freewheeler and Technomist for their unwavering erudition.
Posted by Field Study's Man at 23:30