a field student of congested junctions 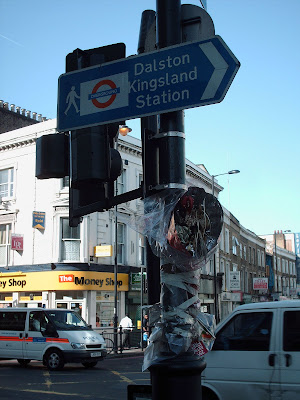 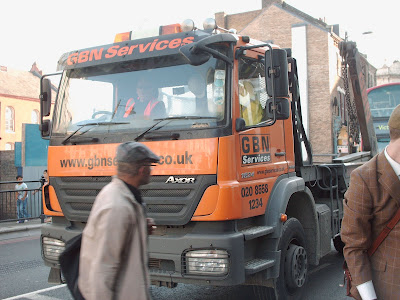 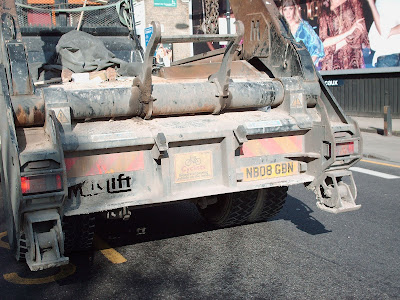 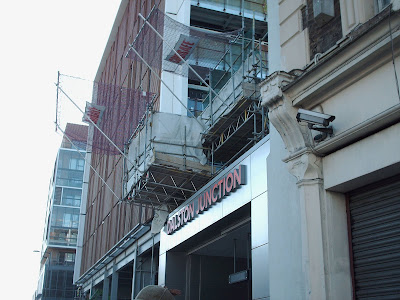 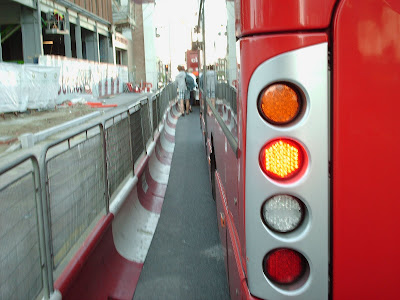 Dalston Junction - Saturday 9th April 2011.
Some of the stupidity surrounding the debate about the welfare of all transport system users was expressed in today's (15th April 2011) Radio 4, World at One programme.
http://www.bbc.co.uk/programmes/b01075rv
(BBC iplayer/listen again)
A report and discussion primarily about cycling safety begins at 16:10 minutes and continues to 25:07 minutes.
I found Andrea Leadsom's comments infuriating and exasperatingly dismissive of the conditions and circumstances cyclists and pedestrians have to try and endure - and tragically fail to do on far too many occasions. The citing of a death of a pedestrian due to a reckless cyclist surely indicates a need for tougher legislation and action concerning the much more frequent cause of cyclist and pedestrian deaths; reckless and negligent motorists. How do the fatalities and injuries caused by cyclists compare to those by motorists? I think Andrea Leadsom should understand the differences between everyday nuisance, fatal hazard and extraordinary circumstance. Such legislation as Ms Leadsom called for would be wholly ineffectual without a commensurate change to motoring legislation - as well as fundamental changes to transport design and infrastructure.
The current situation at Dalston Junction in London highlights a lamentable state of affairs. It is for me one of the most dangerous locations in London, for anybody - motorist, cyclist, pedestrian - and given recent tragic events I am aghast at the continuing rank indifference of the various agencies responsible for the transport network.
I was there again today and asked a 'banksman' why, as a pavement had been closed, and so many pedestrians were hazardously crossing through and in between heavy traffic, a proper (if only temporary) pedestrian crossing had not been provided. "Too expensive" was his reply. So pedestrians deprived of a footpath are crossing in between heavy traffic through which cyclists are also travelling on a highway narrowed substantially by building works. The tragic irony of this indifference is, this is a transport hub.
The indifference could be summed up by the truck which is so filthy the warning to cyclists is effectively obscured.
There has been more discussion in the news today about how London's transport system will cope during the Olympics as an additional 5 million people are expected to use it. I have serious doubts about the competence of an agency such as Transport for London to deal with this situation given it's management of the transport network around Dalston Junction.
Posted by Field Study's Man at 20:37